Who of you can recognize aircraft types just by their wings? Let us know what you think it is on the AVIPEO Facebook page or write in the comments below! 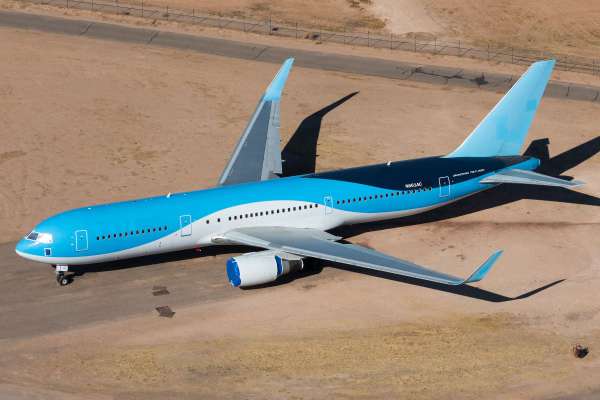 The picture shows a Boeing 767-300, which was stored at Phoenix Goodyear Airport in Arizona.

The aircraft was built in 1998 and operated by several TUI airlines in the last years until it was stored in Arizona in October 2017. According to the database planespotters.net, the jet could re-enter into service as cargo aircraft for SF Airlines.

Register a free account and connect with the aviation community today.

This site uses cookies. By continuing to browse the site, you are agreeing to our use of cookies. Learn more